Kids Rule – My Experience at the Give Kids the World Village 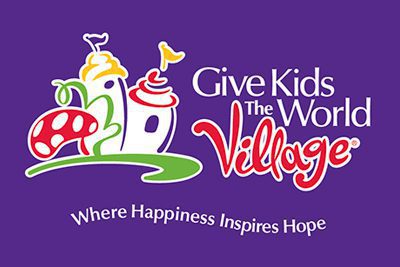 The project was grand. The location was Orlando, Florida. The site was created by one man and titled Give Kids the World Village. We arrived there for an orientation that introduced its origin and development. The enthusiastic directors emphasized that the children are the bosses and the number one rule is to have fun.

The first night I was paired up with Aaron, a medical student from Chicago, and a six year old boy named Justin from Brooklyn for the Village Idol Competition. Typically the volunteers do not participate in the contest but since Justin was the boss he insisted we show some moves as his backup dancers. Instantly we agreed and listened carefully to Justin’s choreographic instructions. We cross arms first, do a one arm handstand, switch sides in the back with a slide, and improvise. Justin insisted I also pick up Aaron, catapult him in the air, he flips, and lands on both hands. Due to a lack of acrobatic talent and a potential danger to the community at large we held back on that great feat.

Justin had a contagious smile and witty sense of humor. I suggested we toss him around during the routine and catch him in midair to rebuttal his humor. It is then that he mentioned that he had a heart condition that would not allow him to do that. I was reminded that Justin was a terminally ill six-year old boy amongst over a hundred others visiting the village that week. The village houses just over a hundred families and provides them through generous donations a week stay in Orlando. The child gets full access to all the Disney attractions with V.I.P. front-of-the-line-cutting privileges. It’s a dream come true. And even though I’ve spent countless years hovering over textbooks, implementing diagnoses, and treating illnesses with antibiotics and surgical procedures there was absolutely nothing I could do to save my new friend.

We quickly changed the subject. The performance ended in a standing ovation and we were sure a shoo in for first place, the next Village Idol. All the performers were brought up on stage and the judges unanimously announced everyone a winner. In my true competitive nature I probably would have thought we were robbed but amongst all the winning smiles my dream of being the next American Idol, I mean Village Idol, withered amongst the applause.

For the next three days, all ninety-seven medical student volunteers from across the country completed shifts at the Gingerbread House, Ice-Cream Shoppe, Carousel, Castle, and many more. The village is designed with a Candyland theme with a choo choo train as transportation. Did I mention that I personally got to drive families to and from their homes! This four day experience reminds me of how amazing it is to give to those in need. There are many people out there that have a personal story that is much tougher than getting through medical school and may just be a life story that comes to a quick ending. As a physician you will care for patients that will expect a lot from you. They may demand it as a privilege without realizing you’ve already given yourself to them. It shall be our goal as health care providers to treat those in need holistically in mind, body and spirit.

What a great ending to a year that’s past and a positive outlook to 2007. Happy New Year!

← In The Kill Zone Blowin’ Through the Big Easy: My Memory of Katrina →