In The Kill Zone 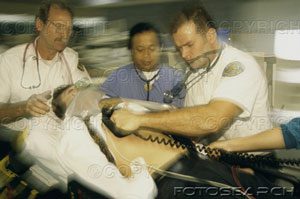 Imagine arriving at work and two-thirds of your employees are out sick.  Now imagine that you are the manager of a large supermarket or a WalMart or a Super Target.  This is exactly the situation that America’s retailers and manufacturers face with the coming avian flu pandemic.

The avian flu will be a novel virus, one never seen before by the human immune system.  The current disease of concern is the H5:N1 strain of avian flu.  However, any novel avian flu will have the same effect as was seen in 1918.  In 1918, one-third of the United States population fell ill.  Half of these sick individuals required some form of institutional care (hospital, infirmary, or quarantined home care).  Of those in institutional care, half developed severe pneumonia and half of those with pneumonia died. In short, 33% of the total population got sick and 8% of the total population died.

When these ominous numbers were scrutinized further, a far more dire picture evolved.  Research into the 1918 pandemic, as well as pandemics before and since 1918, have shown that the majority of illness and death occurred not in the very old or the very young, not in the sick and infirm, but in those who are in the “prime of life”; those age 18 to 40.

Because of the way that novel avian viruses (pandemics) attack the lungs and cause “immune system storms”, the ultimate irony of a pandemic is that the younger and stronger you are the more likely you are to die.  In 1918 fully two-thirds of all those who became ill were in the age range of 18 to 40.  More distressing is the fact that 98 percent of all of those who died were age 18 to 40 years.  In fact, those over age 55 had no greater rate of illness or death during the pandemic of 1918 than they did in any other flu season in the years immediately before or after that great pandemic.  Similarly, those less than 18 years of age suffered no increase in death rate.

The implications for America’s retailers and America’s manufacturers are inescapable.  Fully two-thirds of the active workforce will fall ill during the 16 to 18 months of the disease throughout the pandemic.  Twenty-five percent of the young workforce (the 18 to 40 years) will die in that 18 months.  Who will replace them?  Where will American industry, America’s retail sector, and American business find employees?

America’s employers have become accustomed to a ready workforce.  If an employer finds that they have a job vacancy, no worries! They have become complacent knowing that they can readily replace an employee with the help of such services as Monster.com and other job-matching tools.  Take away 25 percent of the workforce due to death and two-thirds of workforce due to illness and you will see a dramatic shift in the balance of the employer-employee relationship.  When there are not enough employees, salaries will rise, prices will rise, and customer service will fall.

← New Orleans’ Ninth Ward: Rehabilitation or Recovery Kids Rule – My Experience at the Give Kids the World Village →