What support can the private sector expect from the U.S. Government during a pandemic? 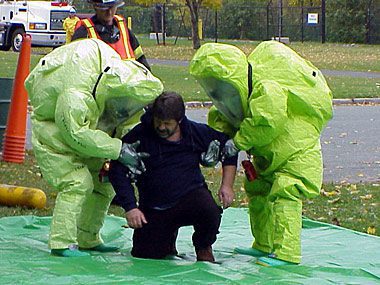 During a typical disaster related emergency, needs exceed resources in a limited region of the United States. Even disasters on the scale of Katrina are limited in their region of impact. A pandemic by definition will effect the entire nation (and the entire world) simultaneously for a period of 12 to 24 months. The extended time over which the disaster event will exist combined with the fact that there will be no geographical limit to the impact area means that the typical governmental response of shifting resources from unaffected areas to the impact region will not work.

When asked about resource allocation for pandemic, Secretary of Health and Human Services Levitt said, “from where to where?” All pandemic response plans are geared towards supporting critical healthcare and defense infrastructure, followed by critical national infrastructure. With the realization that there is no drug or vaccine regimen that significantly changes the course of disease, the emphasis on a “pharmacological response plan” is being a downgraded in favor of a “non-pharmacological response plan.”

← How do the kids who rely on two meals a day from the schools get fed when the school is shutdown? Pay for Performance →