The One Step that Maximizes Your Disaster Plan 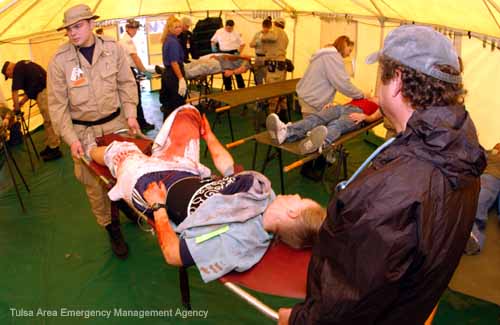 There are as many ways to write an after-action report as there are hospitals that are now required to perform disaster drills and write after-action reports analyzing the performance of the institution following a disaster or a disaster exercise.  Since there are 5,756 licensed hospitals in the United States, there are 5,756 different ways that are currently employed to write the after-action review.  At most institutions, after-action reviews are written by a committee of between 12 and 18 individuals, managers, and supervisors who in addition to their regular duties, have been charged with analyzing the performance of their departments during an adverse event or disaster exercise.

When these individuals meet, they review the disaster plan and the performance of each division of the organization seeking to identify those areas where they enjoyed success.  This list of successes will represent what the committee will keep as part of all future plans.

In the last year, however, a new recommendation for a more effective after-action review process has come to light.  The recommendation does involve spending a small amount of money. The one best technique for maximizing your disaster plan is to buy index cards.

During a disaster or a disaster exercise, every individual involved in the operation of the hospital, regardless of their role or job, receives an index card. On the front of the index card, these employees will write the one thing that they saw that went extremely well during the disaster or disaster drill.  On the back of the card, these employees will write the one key failure that they saw during the course of the disaster operation or disaster exercise.

Following the disaster or disaster drill, when it is time to perform the after-action review the index cards will be collected and taken to the review committee.  The hospital now has thousands of eyes that have critiqued hospital operations.

If the committee is very, very lucky, on the front of the index cards, they will find that the employees saw the same successes as the committee identified.  The committee now knows, with certainty, what items to keep as part of the disaster plan.

In review, in those areas where the employees saw the plan fail; they will find that the committee’s list of critical failures matches the observations of those who worked during the disaster or disaster drill.  The committee now knows that their analysis is valid.  They identified the same failures as the employees.

Take this one best step and maximize your disaster plan.

← Epidemic Enthusiasm and Pandemic Pride Disaster Medicine: Beyond the ER. →